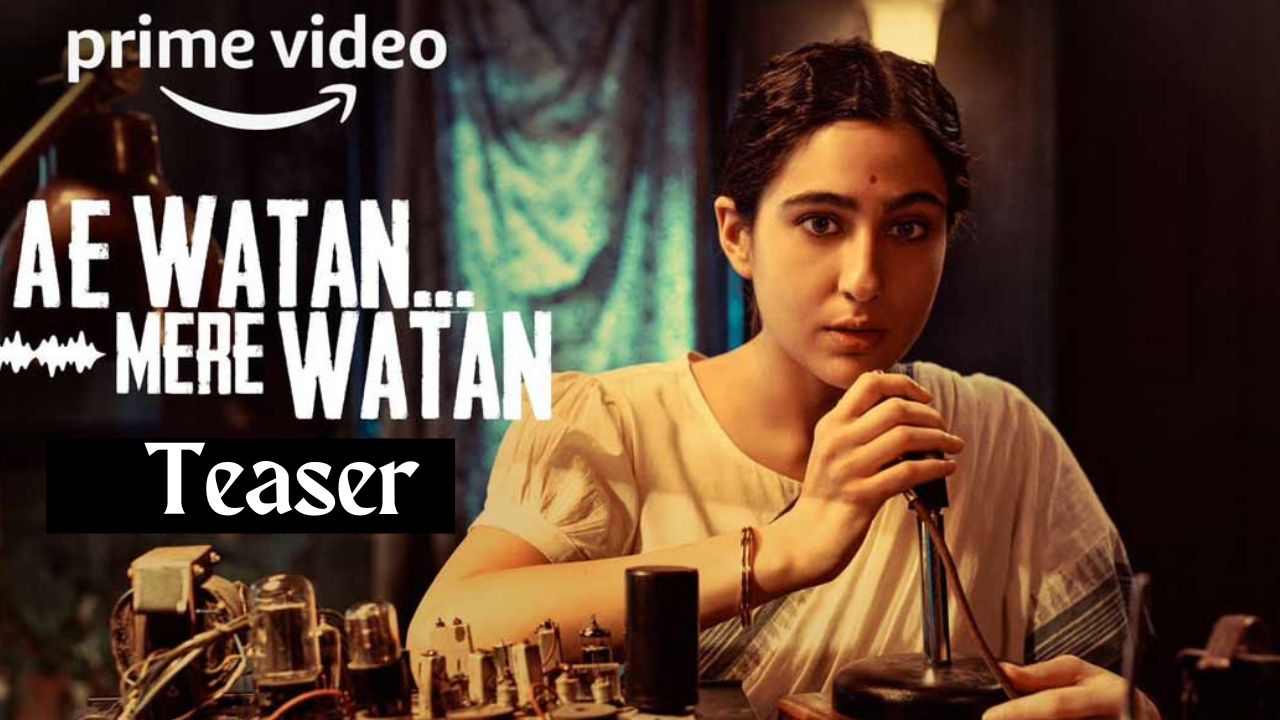 This time actress Sara Ali Khan in the role of an Indian freedom fighter in her new movie. The teaser of ‘Ae Watan Mere Watan’ is out. This picture will be released on OTT platform Amazon Prime Video.

‘Ae Watan Mere Watan’ which is directed by Kannan Iyer is a thriller-drama inspired by true events. Sara plays a heroic freedom fighter. The teaser of ‘Ae Watan Mere Watan’ shows Sara in a retro look from the pre-independence era. Sara dressed in sharee. Draw all the curtains in the house before sitting down to assemble a device like a radio. After that set up in the teaser, Sara said, ‘The British think they have been able to suppress the Quit India movement. The voice of freedom cannot be imprisoned. This is the voice of Hindustan, the voice of Hindustan from somewhere in the country. Meanwhile, someone kept banging the door vigorously. Sarah interrupted her speech. The actress kept looking at the door with a surprised look.

‘Ae Watan Mere Watan’ is the fearless journey of a college girl from Bombay, who later became a freedom fighter. The film has been made on the events of the Quit India Movement in 1942. ‘Ae Watan Mere Watan’ tells the story of the courage, patriotism, sacrifice and determination of the youth of India. Story of the film is written by Darab Farooqui and Kannan Iyer and produced by Karan Johar and Apoorva Mehta.

Talking about being a part of this project, Sara said in a press statement, ‘I am very excited and honoured that Prime Video and Dharmatic Entertainment have given me the opportunity to be a part of such a project. As an actor, and more importantly as an Indian, I am proud that I have been able to portray a character that resonates with courage and strength’.

Ant-Man and the Wasp: Quantumania Trailer Out, Phase-5 of Marvel Universe will begin

Netflix Released ‘Your Place Or Mine’ Official Trailer – Watch Now